Home | Blog | Features | The Lifecycle of a Phone

The Lifecycle of a Phone

This article has been viewed 5636 times

Have you ever wondered what the life cycle of a mobile phone is? Today we’re writing about the journey your phone takes from manufacture to your hand, and trade-in to its next life.

The time your phone spends with you is only part of its story – today we’re investigating where the components that make up the device come from, to how phones are really used in everyday life, all the way to the final stage - what happens once we recycle or trade in a handset.

Drawing on the Mobile Phones Direct team’s insight, and a specially commissioned public survey, the results are in about your phone’s secret life and they may surprise you...

Where does my mobile phone come from?

The handset you’re probably reading this article on right now has been made with parts from across the globe, but nine countries make the most significant contributions - Japan, Taiwan, South Korea, the United States of America, the Netherlands, France and Italy.

These countries are more specialised in certain technologies and processes, so phone manufacturers depend on the contributions of workers and innovators based in these regions.

In addition to being the home of Samsung, South Korea more generally is the giant when it comes to our phone batteries and the USA produces the controller chips and semiconductors.

The Netherlands manufactures a large proportion of the mixed-signal chips found in mobile phones and France and Italy are the countries that create gyroscopes that detect movement.

What do our phones mean to us?

Many of us treasure our phones and are happy to invest in buying a handset outright or paying monthly contract fees.

We conducted a survey to find out what phones really mean to the UK public. Here are the (surprising) results:

Q: What do we use our phones for?

Despite being able to easily access social media, mobile games and videos on our devices, many of us still use our phones for their primary use - phone calls and texts.

Contrary to the amount of people using their phones for phone calls and texts, a quarter of Brits use their phones mainly for social media, playing games and watching videos.

Q: New Vs Old: Do we prefer buying the latest handsets?

Getting a new phone regularly is something that Brits like to do, as 23% of us get a new phone at least once a year. Most of us prefer brand new handsets over second hand or refurbished phones, with 86% of us owning a brand new device.

Most of us are bargain hunters when it comes to how much we pay for a new phone. The majority of us prefer to spend under £300 and 82% of us estimate spending no more than £300 for a new phone.

Q: How much time do we spend on our phones?

Many people say that they are addicted to their phone, but what does that mean in practice? Over half of us (61% in fact), spend two or more hours a day using our phones and it is people from Birmingham who you’ll find on their phone the most compared to any other UK city.

When it comes to changing our handsets, people from Manchester are more likely to regularly buy a new phone - 70% of Mancunians purchase a new phone every one to two years.

Q: Do we protect our phones (and our bank balances)?

Though many modern handsets rival classics like the Nokia 3310, our phones are not indestructible. A mishap can damage both our handsets and our bank balances.

Taking out an insurance policy to protect our devices from scuffs, scratches and damage is important as it can save tears in the long run! A fifth of UK people have cried over breaking their phone, so perhaps it is time to cover your back (and your phone)?

Protecting our phones seems to be related to age. The younger generation is more cautious with 28% of 25-38 year olds insuring their phones. This is compared to only 13% of those aged 65+ taking out a policy.

What happens to our phones when we trade in?

Trading in our old phones allows our phones to go to a new home, often while making a bit of money. It’s good for the environment too, as recycling 100 million smartphones can save around 2 KW of energy.

Here at Mobile Phones Direct, we offer a trade in service, which can save you money on the cost of a new handset if you trade in your old device. But what exactly happens once your device is traded in?

We spoke to James Goddard at MTR, a company that specialises in the resale of refurbished devices. 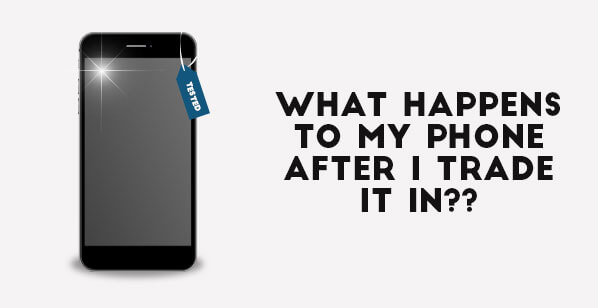 Q. What happens to mobile phones after customers trade them in?

All units that are traded in, are assessed and put through a quality check. The units which pass our tests and are fully functional, are reintroduced into the market.

Any handsets that fail the quality check process are then put through a fully compliant electrostatic discharge workshop. 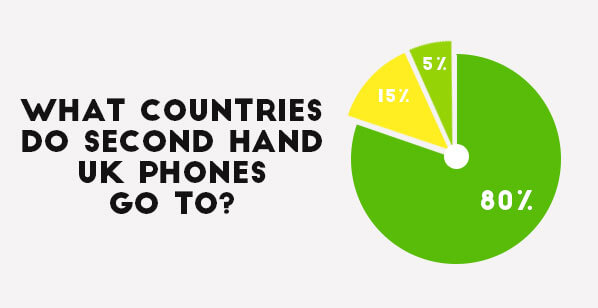 Q. If they are sold to other markets in other countries, what is the top destination?

Most products remain within the UK and Europe and are supplied across various platforms via various channels. The split would be 80% UK, 15% Spain and 1% each across Italy, Germany, Belgium, Holland and France. 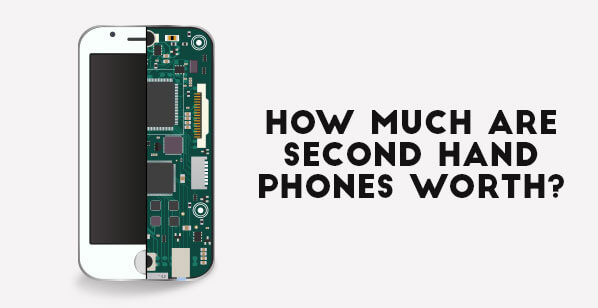 Q. What is the typical worth of a second hand phone that is traded in?

This is difficult to answer due to the many varying factors including but not limited to:

Q. What are the most valuable components in the phone?

With our capability of ensuring the handset is most efficiently utilised and by offering a very eco-friendly solution, for us the most valuable component would be the motherboard. 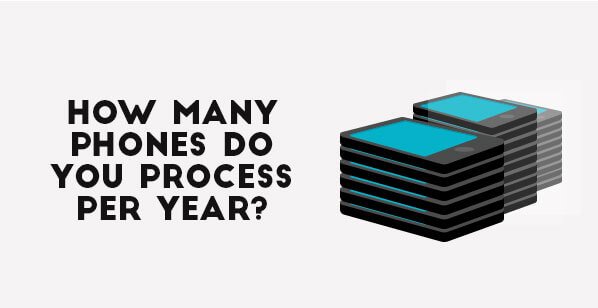 Q. How many phones do you process per year?

By donating, recycling or trading in, you can help breathe life into your old mobile phone.

It also helps protect our environment, with e-waste making up 5% of all municipal solid waste worldwide. In the UK, 10% of this e-waste comes from consumer electronics, so it’s vital that our old phones are recycled.

Whatever way we look at it, our smartphones are modern marvels that draw on components and innovation from across the globe, and go through a lot both when treasured by us, and as they move along to be recycled and re-used.