This article has been viewed 5136 times

** Why not take a look at the latest iPhone released we've blogged?!**

Welcome Mobile Phones Direct followers, to the Apple Special Event! We expect Tim Cook and the team to reveal some exciting technology at this annual showcase, however there’s only one device we’ll be keeping an eye on this evening…

With the event taking place on Wednesday the 7th of September, what else would headline this event more appropriately than the iPhone 7!

Tim Cook starts the event to reveal that Apple will be making exclusive episodes of Carpool (With JK) exclusive for the App Store!

A lot of talk and hype about the next Apple Music Festival - will you be getting tickets?

Nintendo reveal that they will be brining Super Mario run to the App Store! It looks to be a new game that captures the fun of the retro SNES and NES games of the early 90's!

Tim Cook returns to speak educational values, along with info on the 114 schools they have supported across America.

Revealed: Everyone Can Code - an app that can teach kids to code. Looks incredible, I can see many adults who will want to take advantage of this too!

iWork now being presented with a real-time collaboration. Many work places could be using the technology over the next few years, will it replace the tools currently supplied my Microsoft? Well, they're aiming this to children at school so many will grow up with this tech! Looks very interesting.

Jeff Williams now takes to the stage to talk about updates to the Apple Watch and Apple Watch Series 2 (S2) which has just been announced as the second biggest watch maker in the world...

​The Watch Opperating System has been updated to: WatchOS3 - We will run a full report on this shortly! Plenty to talk about. 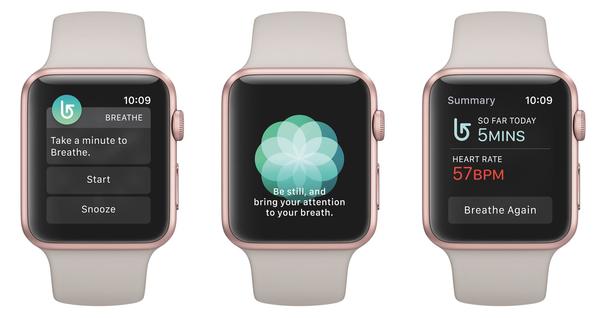 Back to Nintendo who will be bringing, yup, you guessed it! POKEMON GO is coming to the Apple Watch!

The new Apple Watch Series 2 is Waterproof and Swim-Proof!

As Jeff says: You can wear it while "swimming, surfing, or even doing the occasional cannonball"

For you health-freaks, the Apple Watch S2 has built in GPS!

A Nike varient of the Apple Watch S2 has been revealed!

"The iPhone has become a 'cultural phenomenon'. Apple has sold over a billion of them." - True and true!

Before we start hearing about the new iPhone we have some brand new price-drops on previous iPhone varients (iPhone 6s, iPhone SE, iPhone 6 and more..."

As you can see, there is a NEW Jet Black Design, simply called 'Black' and 'Jet Black' plus all the usual colours on the iPhone 6s – rose gold, gold & silver.

Looks-wise, the iPhone 7 and (we assume) iPhone 7 Plus will have the same dimensions as iPhone 6s. Something we expected? Sure, however the iPhone 6 design was a most popular one and with other smartphone manufacturers attempting to make similar bodies for their handset, there’s simply no reason to change it… yet!

So the traditional Home Button is gone. It's still kind of there though, and it takes the technology of the Force/3D touch! It's essentially part of the body.

WATERPROOF! At last, no worrying about falling in a pool (as demonstrated!) This is thanks to the new body enclosure.

The Camera remains 12MP however, on the iPhone 7 Plus... there are two of them! It has improved duel-lens technology!

The 12MP camera on the iPhone 7 has been incredibly updated... 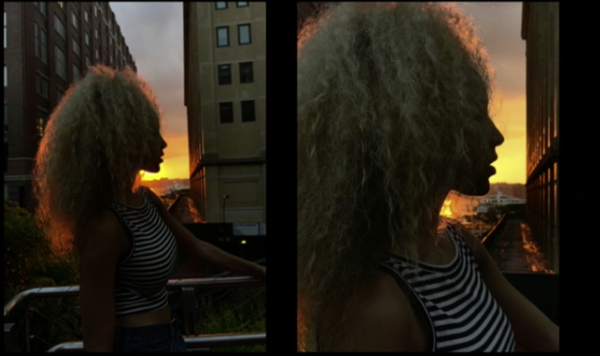 So we've moved away from the camera, however we're hearing from Instagram! We're on to the display! Here are the keynotes below on the added aditions to the new iPhone 7 display... 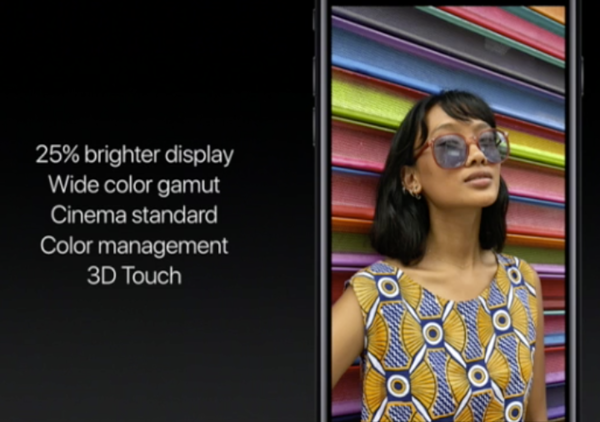 Here we go, the big rumour of the audio jack!

The headphone jack has gone! The headphones now come through the Apple Lightning jack (charging socket) However, if you have old headphones and dont fancy the new iPhone Pods - a free adaptor is included! Phew!

But wait, there is more! Apple Airpods, Wireless headphones for the iPhone! Introucing the Apple W1 chip also, a lot of new technology here!

You can even tap them to speak to Siri - hands and wire-free! 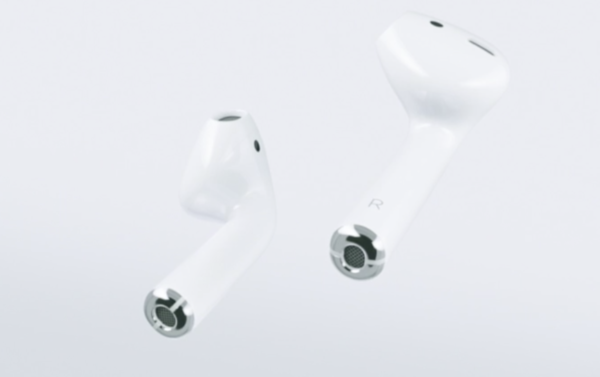 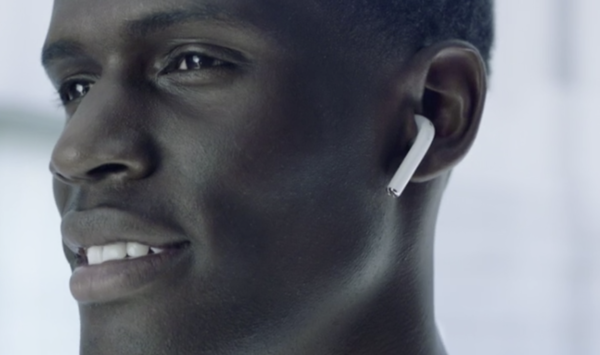 Very simple to connect, you get them out the box and your iPhone or Apple Watch will ask  - "Connect?" you simply click and go! Amazing and easy to use!

So the were rumours are TRUE! Say goodbye to wires, the iPhone headphones, from now on anyway, are now wireless or through the charging socket, with the audio jack gone! I’d assume that some sort Apple Music/ iTunes campaign will now run in conjunction with this reveal!

Apple Pay announcement and information in regards to some new tech coming to Japan.

Enter the Apple A10 Fusion chip, we certainly expected it however as this processor hits double figures, you can now expect the best performance on a smartphone, let alone an iPhone.

The iPhone can now play games to the same standard as a games console - that is incredible technology!

Now we're on to the battery! "Longest running ever iPhone battery" -  "2 hours longer than the iPhone 6s", this will please many!

So there you have it! The new iPhone 7 and iPhone 7 Plus! No audio jack, a new design, wireless headphones and improved duel-camera plus much, much more! As Sia plays out the Apple Live Event for September 2016, we want to thank you for joining us this live blog...

Register your interest on the new iPhone 7 here to be one of the first to recieve exclusive deals and info.